The Spiritual Discipline of Silence

Facebook0
Twitter0
(We continue emphasizing a spiritual discipline each week. This week’s focus is on silence. Today’s comments are from Chris Maxwell’s book Pause For Moms: Finding Rest in a Too Busy World.)
Seeing this chapter title’s two words, “A Retreat,” reminds me of many experiences in various places. Writing retreats, accountability retreats, spiritual formation retreats, healing retreats. A busy friend recently asked his typical question when anyone else presents an idea: “What is the value of a retreat?” Before I could respond he voiced question number two: “Is the profit worth the investment?”
I answered with a story. The story of a mom who learned the beauty of saying no. No to another responsibility. No to doing everything with the kids while never confronting her husband about accepting his position on the team. No to continuing her rapid pace. No to waiting for the kids to get older when she realized her habitual behavior would never change unless she decided to make it change. I told him the value of her retreat. I told him how her life was changed by a pause, a time away, a Sabbath, a breath of fresh air, a time of sleep, a glance at her life from a new perspective. I told him how it changed her view of herself and her God, and eventually changed her life with her children and her husband.
He took notes. He nodded. 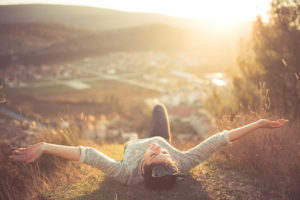 Eventually, I convinced his calculating mind that her retreat was worth her personal investment. He decided to invest time and money into sending his business’s key leaders to a retreat. Not a marketing conference. Not a promotion venture. A retreat. A time away.
What about you? Instead of a retreat, what about choosing to embrace silence this week. Silence in your busy, noisy schedule — like a retreat among the normal, a rest amid the hurry. Read these quotes and plan a retreat into the silence.
Christians, especially ministers, so often think they must always contribute something when they are in the company of others, that this is the one service they have to render. They forget that listening can be a greater service than speaking. —Dietrich Bonhoeffer
The Desert Fathers did not think of solitude as being alone, but as being alone with God. They did not think of silence as not speaking, but as listening to God. Solitude and silence are the context within which prayer is practiced. —Henri Nouwen