Praying and Living as One

While pastoring I also learned diversity and unity through normal everyday life and through once-in-a-lifetime accomplishments. Each incident we encounter can become a study of its own, a moment of the holy, a bump into God’s grace, a glance into His face, a holding of His hand, a dance with Him near the ocean, a nap with Him while feeling the breeze. 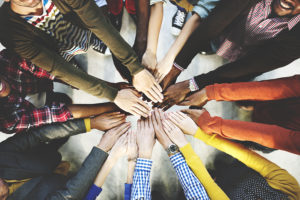 I’ve been thinking of one experience during a Sunday service at our church in Orlando. I wanted several people to pray the Lord’s Prayer aloud in their own language. I respected the English version as it was prayed—I knew the language. But as each voice prayerfully proclaimed the words in their own languages, I sensed a deeper awe. I knew not the language though I knew the prayer. I did not know these friends during their early years, but we were becoming family in that moment. The diversity was becoming united.

As a church family, we needed to state the prayers.

As a sinful leader, I needed to hear the voices, the tones, the languages, the assortment, the synchronization.

The globe was becoming small. The building’s walls were cracking open.

Together, as one, we paused. And were healed.