Pause for Pastors: Few and Many

· Purchase Pause for Pastors during Pastor Appreciation Month for the ministers in your church: HERE or on Amazon.

He faced the crowds: miraculous healings, food for the throng coming from an unexpected source, multitudes of people listening to hear His stories, skeptics staring and evaluating, 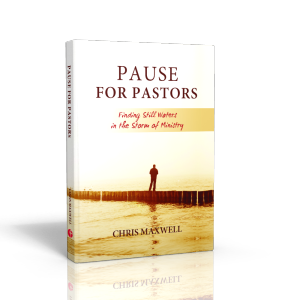 society’s rejects finally feeling accepted, swarms gazing at the mystery of His identity. He elected a minority: seventy or twelve or three or one. In hiding, on boats. Taking walks, telling stories. The meals and the naps and the aromas and the questions.

The facial expressions of a few: Jesus saw them.

The moods of the many: Jesus knew them.

Among masses or with a minority, Jesus paused to take time.

These days? Balancing many and few isn’t easy. Letting ministry moments include our inner encounters with God instead of being controlled by results scored by human minds isn’t simple. Knowing God rather than just knowing about Him isn’t easy. Staring at a crowd and imagining Jesus glancing back isn’t easy. Stepping away from the swarm of people applauding and choosing to hide away in solitude isn’t easy.

Jesus faced the multitudes. But He also hid away alone with His Father, and He hid away with a few.

Time with Peter and James and John—not just the thousands.

Awake and away early to pray—as others slept while the sun slowly rose.

Repeating a studied text to a multitude of learners—and brave enough to speak truth to the crowd rather than being controlled by their politics.

Noticing the shorter ones in the crowd—not pursuing relationships with the well-known in order to expand His marketing-me-as-the-Messiah campaign.

Rest away with a few. Voice the truth to the many. A balanced diet, a balanced ministry, a balanced life.