Recently, my mind flooded with wild thoughts. What if Jesus came here? What if He came here today? No, I don’t mean His second coming. I mean His first.

Suppose He was born in a homeless shelter in downtown Orlando. Since the stars are dimmed by the glare of city lights, the roar of jets lures 7-11 workers to visit His birthplace. Instead of leaving sheep on a hillside, they are drawn from the selling of beer.

His childhood days in a suburb receive no headlines or evening news. That changes, though, as He pulls around Him African-Americans, Hispanics, Caucasians and Native Americans from New York, Chicago, Phoenix, and even a couple of home boys. 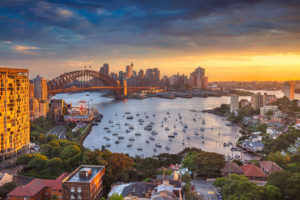 What would my dreams wish for? Water into wine? No. I prefer fresh orange juice. Fish for a crowd? No. I’ll let others wish for healthy seafood. How about scrambled eggs, wheat toast, and sausage—all without cholesterol, of course? How about the price of gas going down? How about a little snow in Florida?

Maybe a little more money and a few more friends. Maybe an MRI that tells me my brain has been healed. Maybe no more noisy neighbors and no more Christians deserting churches over picky issues. Sound okay?

I have a feeling that Christ’s arrival arrival in an entertainment environment would address ugly climates other than my petty preferences. In addition to parables about lizards, mosquitoes, swimming pools, mice, country music, bowl games, interest rates, tolls, and magic in the air, there would be more. Much more. Perhaps a visit to a well-known theme park to communicate with gays instead of casting votes in a church business meeting. He might avoid political debates, choosing, instead, to question the motives of major bureaucratic circles. He, no doubt, would spend little time watching religious TV, since that would rob His precious time away from ministering to the actors and actresses in violent, corrupt shows.

His years of training as a mechanic in His dad’s business taught Him the importance of people struggles, so He might send His followers two-by-two to stand on the road, offering help to frightened drivers who need assistance at no charge. His E-mail debates with modern experts might cause His views to hit headlines. Critics might create massive Web sites for large audiences, winning people polls against the Strange Man who strolls through Orlando International Airport looking for ways to help others. He and His friends might eat at restaurants avoided by moral experts, then spend Sundays visiting prisoners at 33rd Street and give women a ride home in his old pickup truck.

Time spent? With AIDS patients, interracial couples, homeless children, counselors frazzled by overwork, preachers living alone after falling into sexual sins, the wives of such disappointments, a famous athlete kicked off his team because of drug addiction, lonely moms whose husbands love their vocations while missing vacations with the family, a beautiful teenage girl who avoids food just to lose a few more pounds, a liberal columnist who receives hate mail from those who call themselves God’s people, a conservative broadcaster who really hates himself more than his opponents, and families going on vacations while the wide ride spins them into deeper debt.

Wouldn’t He appear on church property? Sure. He would visit the alcoholic lottery player who lives alone in a broken-down bus behind a barn by a church’s parking lot.

Unless, of course, we let them happen through us.

From Chris Maxwell’s book Unwrapping His Presence. Though today is June and not December, this story is for any month, any day, and anyone.