The Life of Worship by Dr. Mike Luper

If you were to ask any Christian whether or not worship was important, the answer would be a resounding, “Yes, of course!” However, if you then ask them to define the term worship, you might get a variety of answers. If we understand worship to be important in the life of believers, then we must make sure we understand what it is. Certainly something as important as worship must be understood properly.

For many in the church today, the term worship has become synonymous with music and singing. If someone were to say “The worship at church yesterday was great,” it would be understood that they were referring to the music and singing portion of the service, with the unintended implication being that the rest of the service was not worship. However, the question is, would the Bible support such a notion? How does the Bible, in fact, define worship?

Perhaps one of the best places to look for such a definition is in Paul’s letter to the believers at Rome, where he felt the need to define for them the nature of “true” worship. In Romans 12:1, this is what Paul writes:

Therefore I urge you, brothers and sisters, by the mercies of God, to present your bodies as a sacrifice, living, holy, and well-pleasing to God, which is your genuine expression of worship. (personal translation) 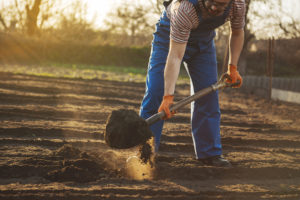 With these words, Paul makes a significant shift in the focus of his letter. Up to this point he was sharing with them what God had done on their behalf through the sacrificial death of Christ, and that it was by faith they were able to receive the benefits of that sacrifice. Then, beginning in 12:1, Paul starts to explain the proper response that should be demonstrated in light of what God had done in Christ. It is not surprising that he would begin by focusing on worship, since worship has to do with how we, as humans, respond to a divine God who has demonstrated such great love toward us. And, Paul wanted to make sure that the church at Rome understood the nature of true worship, since he no doubt knew how easy it was for God’s people to make worship into something it is not, a reality demonstrated again and again in the lives of the people of Israel.

Notice how Paul defines “genuine” worship. It is defined in terms of action . . . the giving of oneself as a sacrifice to God. Paul includes nothing regarding what they might say about God, but defines genuine worship exclusively in terms of what they do in giving themselves fully to Him. It has been said, “Talk is cheap,” and there is much truth in this proverbial saying. People can profess all manner of love and allegiance to others or to a cause, but words mean little, if someone’s actions do not mirror their words. Paul knew this all to well, and so he began the final portion of his letter by making sure the believers in Rome were clear about this most important issue. It didn’t matter what they professed, it was what they did that ultimately mattered when it came to worship, and he goes on in the remainder of his letter to explain what true worship really looks like.

So, as we consider the spiritual discipline of worship, let us not be misled by thinking that it is somehow primarily related to what we sing or say. What makes what we sing or say true worship to God is that it is the outflow of a life that is lived daily, moment by moment, in worship to God. A life offered at all times to him as a sacrifice that is well-pleasing, and brings honor to His name.