Not Alone by Regina Stafford

As I was reading the chapter written by my former campus pastor, out of his book Underwater, I realized that I was not alone.

Chris Maxwell, the author, speaker, and man of God, had bravely written about his journey through surviving encephalitis, brain injury and seizures.  This particular chapter, Sandwiches, struck a nerve.  He wrote about regaining his independence back to where he could drive and arriving at a restaurant alone, only to have a panic attack and forget how to order his food.  He wrote that even the menu looked like a different language, though it was in English, and how he waited anxiously to order, not knowing what he would say.  I thought, “Yes, I have been there.  Finally someone who understands.”

In fact, I am still there occasionally, wondering if I will be able to say my whole address if asked, wondering if my voice will give out mid-sentence.  You see, I was diagnosed last May with a type of spasmodic dysphonia (the abductor type) which is a vocal disorder in which a person’s voice is choked, lower, airy, or breathless, due to spasms of flaps near the vocal cords.  At the time, I had suffered with a laryngitis since November 2015 that would not go away.  As a teacher, this caused a lot of turmoil and headaches, and I was unable to fulfill my duties as a teacher.  My school was very gracious and helped me continue working, but we had to make some major adjustments. 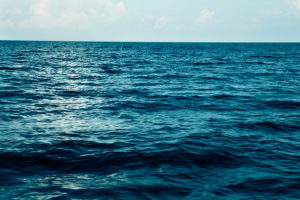 Before I was diagnosed, I really wondered if I was going crazy. Thankfully, my mom had a friend who had seen a doctor at UNC that really helped him.  Even now, a year after Botox shots and therapy at UNC, I still deal with this monster on a daily basis. It will not allow me to finish sentences, tell a story, read aloud without voice breaks, or lead in music.

I teach with a microphone at a much smaller school now, and God has really had to help me as I have cried out to Him more times that I can count. And He does. Voice rest, support and patience from my husband and family have helped, as well as learning to take things one day at the time.

There aren’t many people who deal with this and most people don’t understand or have the patience for me to explain to them what’s going on. And, the crazy thing is, I could explain it and they may not understand me anyway. So, as you can imagine, I would rather text, type, write, or read than go out for coffee. I still do, though. I have not allowed this to rob me of the life God gave me, and I refuse to let this define me.

It has tried to suck me under and, some days, I do feel as if I am in a whirlpool with only a whisper or a word at the time that is understandable. I have felt so low that I wanted to crawl in a hole and die. But My God has brought me this far, and continues to help me overcome daily with victories here and there.

I have been told that I need to forgive people to get healed, which I did. I have been laughed at, mocked, ignored, looked over, and I’m sure I am a puzzle to many people. I have clear speech in the morning and, by the afternoon, have a garbled, muffled speech. I have breakthroughs that make me want to keep going and such sweet experiences with my Jesus that only He and I – and a few of the precious people that have prayed for me – can understand.  God has given me a special favor through this and for that, I thank Him.

I remember a specific day I went through the drive through for dinner at Burger King alone (months after being diagnosed) and wasn’t sure if I would be able to be understood when placing my order. I decided to try it anyway. With only a little trouble, I managed to place an order and drove up to the window feeling so good at this seemingly small accomplishment and celebrated with my husband when I got home.  He is maybe one of three people that know what a big deal it was for me to be able to that.  I have learned “not to despise the day of small beginnings” and often try to remember life before this disorder showed up.

I often wonder about the relationships damaged, the opportunities lost, the children that have endured lessons where they probably understood very little of what I taught.  So many times I have wanted to stop teaching. But, to be honest with you, the days that I teach I come home speaking and the days that I don’t, I have less of a voice.  It’s like God gives me enough for the task at hand – my daily bread. He did say His grace was sufficient.  Many days, I tell myself that, and sometimes I have struggled to believe it because of the obvious difficulty I have doing such simple things.

But the presence of God is so real and God is so merciful that, even in my doubts, He still loves and blesses me. I cannot explain how He has helped me through the last couple of months without loss of income – it is a miracle that I can work as a teacher and have such great support – without it, I would be in a mess.

Like Chris said in Underwater: a miracle, but a broken miracle.  I have been so blessed reading this book.  It has made me weep and smile, all the while pointing me to hope.

This is the scripture that the Lord spoke to me and comforted me with as I started experiencing these things on a daily basis. This is not the first time I felt Him speaking this to me, but this time I have been in the most serious test I have EVER been through in my life.  “A bruised reed he will not break, and a smoldering wick he will not snuff out. In faithfulness he will bring forth justice.”  (Isaiah 42:3)

You are not alone and neither am I.

Thanks, Chris, for sharing your story Underwater.