We Are the Dreamers: A Memoir of an Ordinary Jesus Encounter by Elizabeth Lane

“When God created you, He created a dream and wrapped a body around it.” –Lou Engle

I don’t know how other people function, but I know in my life, I have gotten really excited about something but for whatever reason, the passion fizzles out. Sometimes this happens because it was just an idealistic fling, but sometimes disappointment or hope deferring causes this spark to seemingly die.

I don’t know if dreams ever really die or if they just go to sleep until someone comes and wakes them up and gives us permission to dream again. Whether or not we realize it or not, if we have experienced disappointment, there’s a part of our hearts crying out for someone to tell us it’s okay to dream again. Much of the time, we don’t know this is happening, but we all have inherent desires waiting to be fulfilled.

When I was a kid I always wanted to speak Spanish. I don’t even know what prompted this, but I always pretended I could speak Spanish and I was always astounded when I heard little kids that could. Then, when I was 13, I started taking it in school, and I was super passionate about it. I practiced all the time and I was quite good at it. 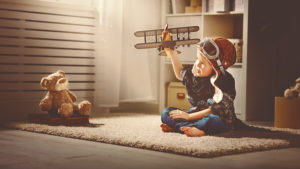 Then one day, someone told me that if their people, incidentally, from Costa Rica, heard me speak Spanish, they would all laugh at me. Then other people said that they didn’t understand my Spanish, and I got really discouraged.

To that point, I wanted to be a missionary to Latin America, and the thought was still there at times, but I forgot about my dream because I felt like there was no way I could do it. I wasn’t smart enough and I sounded stupid when I spoke the language—which I practiced so, so often.

Fast forward about five years, this summer I got to go to Costa Rica twice with The Awakening. Because of this, I was forced to get from behind my shame and practice Spanish. Honestly, I was really discouraged the first time and felt like there was no way I could ever be good at it again. I always wanted to go to Spanish churches and be around Spanish speakers when I was younger, but I never got to. Then, here I am, in a country where everyone only speaks Spanish, and I was missing it. I let the hope deferred of my past create an emptiness and apathy inside of me to something that at one time would have made my heart feel so alive. Needless to say, I didn’t particularly enjoy the first trip.

Two weeks later we returned to Costa Rica, and I realized I had actually missed it. I didn’t even know I had missed it until I walked out of the airport in a familiar city. That week was a leadership conference with leaders from all over Latin America. I was forced to speak Spanish to everyone. It was literally my job as an intern. Everyone was so kind and encouraging, and I fell in love with the people. I was finally feeling happiness for the first time in years.

In the middle of the week during the conference, during worship, I was watching everyone worship so passionately in Spanish and I realized, this was the most beautiful moment of my entire life. Whether or not I had realized it, it was something I had wanted to experience for so long, and I felt so at home. It was right then that God spoke to me and said, “Even though you forget your dreams, I never do. Just because they don’t come true in the time period that you feel the most zealous about them, that doesn’t mean that they are never going to. I always see and I always remember.” God kept speaking to me about how even when my dreams become dusty and are on the back of the shelf, he still sees them and He will remind me of my hearts desires even when I forget what they are.

We have to remember, even though we don’t steer our lives in the right way much of the time, God gives us dreams and He is the one who knows how and when to make them happen if we allow Him to. The very country I was told that the people would laugh at me is the very place that my dreams came alive again. And guess what, people did laugh at me. But guess what else? I survived and kept trying. People can laugh all they want to, but it isn’t the end of the world. Sometimes our mistakes look and sound funny. But we can’t sit down and give up just because we are laughed at. God places dreams in our hearts, and He is the one who is going to give us the strength to see them come to pass.

So don’t stop dreaming, and don’t fear your dreams coming true because the ideal will be over. Our lives are a journey of chapters opening and closing—dreams coming and going. Trust and love on the One who gives the dreams and everything is going to be beautiful in its own season.

“We are the music makers and we are the dreamers of dreams.” -Arthur O’Shaughnessy