Don’t Miss It by Hannah Jones

It was the summer between my junior and senior year of college. I was working as a summer RA on campus. During my down time I was supposed to be catching up on the procrastination of grad school applications. I was supposed to be thinking about what was better for my future on paper. I was supposed to be gaining more knowledge in order to have an awesome career that wouldn’t leave my family financially strained and could be useful for expanding the Kingdom. Instead, per usual, God had other plans.

I almost missed them. I almost missed what He had in store for my future. I was overwhelmed and before I even knew what I needed, He paused me. I stopped my plans. I stopped my pushing. I stopped and breathed a little of Him in. I was able to listen, even before what I knew what listening to Him really was. Plain as day, though, He showed me my next step. He brought me to The World Race.

The World Race is a program within the organization of Adventures in Missions based out of Gainesville, Georgia. This program is for 21 to 35 year old followers of Christ to travel to eleven countries in the span of eleven months. We spent one month in each country volunteering with an established organization. I spent my time going from prison ministry to church planting and everything in between. It was a glorious, thanksgiving worthy adventure that has truly changed my life. It was hard at times and easy at times, through both, I had to learn. There’s so much more for me to learn, too. 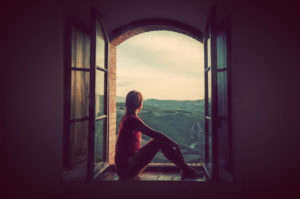 Spiritual growth can come in all shapes and sizes. I believe that even if you’re practicing the same discipline as your neighbor, you guys won’t get the same results. God plants and grows every seed with His timing. For me, He started me with trust. I began my World Race journey living in a one room apartment with four other women in Eastern Europe. I thought I was a strong, outgoing woman. I thought I was there to “counsel” my teammates with their walks.

Man, was I wrong. The reason I was with these ladies was so I could figure out what vulnerability truly was. How was I supposed to trust a God that I can’t see when I can’t trust my good-hearted community that’s right beside me? I struggled that month, a lot. He didn’t speak to me like usual. He used my teammates to pour into me instead. Our conversations as a team were powerful. We laughed, cried, gasped, pushed, poured, and received with one another. Through the vulnerability of my teammates and myself, I was able to really feel what the freedom of trust feels like. It was the base of all the lessons I’ve learned thus far.

Along with my next continent came another discipline. Pausing and listening. My first month in Africa was empowering. I had the ideal surrounding to listen to what the Lord had to tell me. The mornings were crisp and serene and quiet. I heard Him as if He were a close friend sitting beside me talking. He gave me words for others and for myself. I learned again what it meant to pause your routine and listen and to just breathe Him in. It was the first time I felt this close to Him. I can remember the peace that came along with that. Beginning a real relationship with Him is the most peaceful experience I have ever had. Nothing could get me down from this feeling.

Nothing until the ideal scenery was taken away.

My second month in Africa was the literal opposite of my first. Nothing was easy. Nothing fell into place. Nothing was quiet or serene. How was I supposed to put what I learned into practice when it wasn’t ideal? I failed miserably. I became bitter. I thought He changed. I thought He left. But He didn’t. My surroundings changed. Challenges hit. And when the wave came, I abandoned ship. Looking back, I see where He was teaching me to listen and then asked me to put it into practice in a more real space. At first, I couldn’t do it. I ended that month yelling at God with anger. He accepted it graciously, of course. I remember Him saying, after my rant was done, “Finally, you’re back. I’ve got more to teach you.”

The next continent was a new discipline: serving. Our first month in Asia we were paired with an orphanage. We lived where we worked so there was no “off switch.” We were truly exhausted at the end of each day. Looking at our host, you could see even more exhaustion. I definitely had no room to complain. I saw how doing little things that weren’t asked of me, and some that were, relieved so much off of her shoulders. I soon realized my next lesson to learn was serving my neighbor with a happy heart. There were so many times I had to force myself to get up and do chores. I had to literally roll myself out of bed earlier than I wanted and spend time with the Lord. He truly was my strength this month. Not all things were hard though. Serving can be washing dishes, cooking eggs, teaching English, listening to a joke, playing ball, painting a house, praying hard, searching for friends, and so much more! My next two months in Southeast Asia revealed all these things to me even more. I’ve learned that serving isn’t just the title of “pastor” or “missionary” but rather the little actions that puts others before your own comforts. It means doing things you don’t want to do with a happy heart.

Over all, these months on the Race have been incredible. I’ve been living life in a way that’s not normal to most. It became my normality to go place to place and live how the people there live. Through that it was hard to find consistent time with the Lord. It wasn’t easy to have a routine for longer than three weeks.

However, through all the hectic times and all the easy times, I learned how to pause. It’s important to stop and listen to what he is trying to show you or teach you. You may miss something life changing.