When I Don’t Feel Like Praying by Loretta Eidson

It’s when I don’t feel like praying . . . that prayer matters most.

When I am weak, He is strong. As the lyrics state in Jesus Loves Me, a famous 1860 Christian hymn by Anna Bartlett Warner: 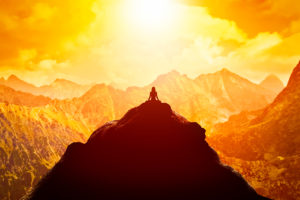 Jesus loves me this I know

For the Bible tells me so

Little ones to him belong

They are weak but he is strong.

A co-worker once told me that a dark cloud was hanging over my head. He shoved his chair away from the desk to face me, and twirled a pen between his fingers. “When it rains, it pours.” It was his way of letting me know he saw the constant dilemmas I faced that ripped pieces out of my heart.

He was right, or at least it seemed so. For several years that dark cloud followed me everywhere. By the time I trudged through one problem, another arose. Sometimes, multiple situations attacked all at once.

But, by not praying, I would be surrendering to the belief that my life would never change, and admitting God wasn’t the all-powerful God I had originally trusted. So, I forced myself to pray.

Though my faith in seeing a breakthrough weakened, I still prayed. Some prayers were mere “God help me” or “God, are You still there?” At least hope wasn’t lost and I acknowledged His existence. Honestly, if my encounters back then, was that painful with him, I was horrified to think of living through trials without him.

Like me, most everyone has encountered suffering. Maybe someone is presently walking under his own dark cloud. Some things are easily discussed, but then there are other issues that forces him to suppress it for various reasons. Too painful. Too humiliating. Too agonizing. Too controversial.

I’m no theologian…if you can’t tell already…and I certainly don’t have all the answers. But I know the One who does. I am a survivor. Yes, a survivor of some gut-wrenching life experiences that could have destroyed me and my faith. But through his mercy and grace, I survived. He pulled me from the enemy’s grip of defeat and answered my prayers. That’s why I know I have to pray even when I don’t feel like it. I must press through personal barriers and surrender it all to Him.

It’s okay if my prayers are laden with rivers of tears, fists pounding the air, screams being yelled toward the ceiling, or spiteful accusations. God was with me then, and he’s here with me now.

Like a child running to her father, He scoops me into his arms and holds me tight. He listens to my venting and comforts me. He challenges me to let go of the heaviness that blocks my heart from receiving His grace and peace. He even challenges me to forgive. Oh, that’s a tough word…forgive.

Even if I don’t feel Him. He is still there. He overshadows me and summons me to draw closer, because he never moves. It is I who ventures away or shuts Him out. 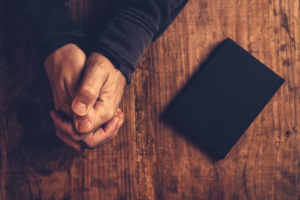 Amazingly, when I take the initiative to utter a prayer, He throws the door open and listens to my every concern. My weight becomes lighter and my hope for tomorrow grows brighter.

We live in a real world with real problems and a real God with unlimited, unconditional love. Though life happens, God has seen me through some unimaginable situations. He picked up the shattered pieces of my heart and healed my brokenness.

Now, I am complete in Him regardless the daggers Satan throws my way. You can be to, if you will trust Him. You can find the true meaning of “peace that passes all understanding” just like I did.

Will you choose to pray? Even if you don’t feel like it?

Loretta believes in the power of prayer. She is a member of the ACFW and serves on the board of the ACFW Memphis Chapter. She writes Christian romantic suspense and is agented by Tamela Hancock Murray of The Steve Laube Agency for her trilogy Impending Judgement. Her first novel Fatal Assignment won first place in the 2014 Novel Rocket Contest in her genre. She was a finalist in the 2014 Genesis Contest, a semi-finalist in the 2013 and 2015 Genesis Contests. Loretta is published in various anthologies for her non-fiction short stories. She and her husband live in Iuka, MS where they enjoy their four grown children and twelve grandchildren.