I had no clue what I had done. I was but a guest in a different dispensation of grace. I knew what God had given me to say. I knew that He told me to be gentle and less preachy than I would have liked. God was with me to speak His message. Not the message of a denomination, or of a movement, but His message to His people. I was ignorant of the format that He was giving me to speak. Maybe that was the point. If I had known then what I know now, the slivering lie of pride could have taken me in. 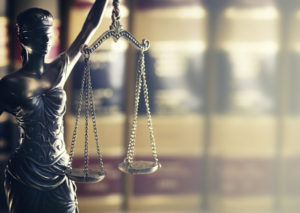 Yes, I knew my theology was different. Yes, I knew it wasn’t what they were used to, but I had no clue that I was doing what many others had done. As I walked the fine line between Baptist semantics and Pentecostal Theology, I was walking a path many others have endeavored on taking. Only now do I know this method to be what is common among the “Third Wave.” Not a movement that forces the denominational doctrines of one down the throat of another, but the representation and exaltation of a truth forgotten, or neglected. Yes, as I stood there exhorting them to receive power from the Holy Spirit, I knew they were believers. I addressed them as such. If I truly believe that all denominations make up the body of Christ, then I was merely speaking truth to another member. Not an enemy, but another part of the family of God.

Every time that I spoke about power received in prayer, I saw a few big eyes. I saw the fear. He’s a Pentecostal, what’s he about to say? As I saw their gaze, I was somehow reminded of another; the one that enabled me to give that message. The gaze of my Father. Had I not found His gaze, I would have been discouraged by theirs. Did I see an enemy looking back at me? By no means. What I did see were God’s children whom He wanted to bring closer to Him.