I confess. Denver, Colorado, is an exceptional place. The air, the appearance, the atmosphere: all so different from my normal world.

I’ve been there to attend a conference and I’ve been there to see family. But as I stared at natural beauty and studied supernatural truth, as I worshipped and prayed and talked and smiled, I detected a reality our addictive lives often ignore.

The reality is what Jesus promised. It is what the early Christ-followers believed in. It is what killed them. It is what gave them hope to live through every storm. It is what took their inner beliefs on a global expedition. 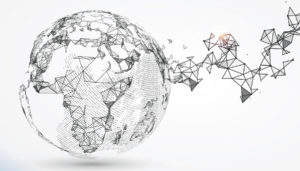 What is it, then? What did He promise? Is it a truth that allows all who believe in Him to have their own way? Is it a motivational, leadership summit where team players learn how to force their preferences and shove insurgents out of the way? Is it a popular, people-friendly marketing blitz for a fundraising formula?

No. None of the above. What Jesus promised was a way to receive His Spirit for one reason. Not a better worship service or a tongues and interpretation. Not a creative, integrating, experiential scam. Christ’s followers could receive the Holy Spirit if they wanted Him, and they waited for Him. Wanting and waiting. waiting. Read those words again: wanting, waiting. And again: wanting, waiting.

As that Powerful Presence arrived, the planned outcome was clear: “You will receive power . . . and be my witnesses” (Acts 1: 8). The purpose of the power was proclamation. Through verbal declarations of Truth and through silent displays of godly character, the gospel would promote itself through God’s power-filled people. Not powerful people. Power-filled people.

Yes, the air felt a little different in Denver. My prayer is that each of us—in Orlando and Denver, in Georgia and Virginia, in Cuba and Kazakh, in Turkey and in South Africa—see and smell and breathe in the new air. Through receiving that Power, we can become people of the Spirit who are empowered to serve.

October is #PastorAppreciationMonth. Write thank you notes. Pray. Speak words of encouragement. And purchase copies of Pause for Pastors to give away as gifts to clergy.