Another day,
I enjoy conversations. To listen, to learn, to process.

Here is my conversation with Seth Cain. I invite you to pause and read his thoughts. Together, let’s learn from his journey.

Chris: Thanks for your story in Pause for Pastors. From your perspective, why is it important for pastors and spiritual leaders to pause in today’s hurried world? 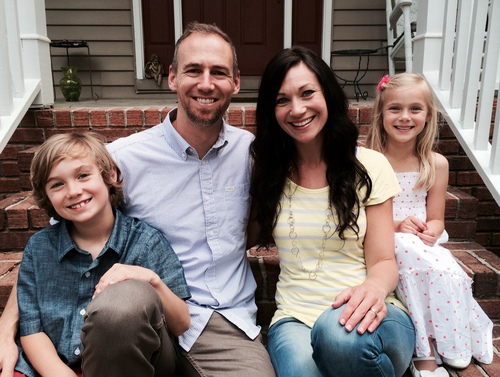 Seth Cain: I think we as pastors suffer from the same tyranny of “more” that governs American culture. And we need to return to the Vine, who reminds us that ministry is not primarily about outputs, but inputs. We often live squeezed between the talons of being effective organizational leaders of “bigger, better” churches while simultaneously shouldering everyone’s spiritual and emotional burdens. So we end up neglecting our Source, and ignoring our own substantial burdens that need to go to him. The struggle is real, and pastors sometimes live like they are outside of it. Like lifeguards perched above the neighborhood pool. But some of us don’t realize we’re the ones drowning until it’s too late. We become a caricature of ourselves. Pause is about returning to the Vine, I think. Remembering, in the truest sense of the word, who the Savior actually is. It’s not us. And we need him, too.

Chris: Why is that so difficult for pastors and leaders in today’s culture?

Seth: Any pastor from any era who lives with urgency about the Gospel is going to have to be proactive about rest. Ministry has a way of permeating every boundary in your heart and your schedule. But we do live in a time when the Gospel is facing more resistance in our culture than ever, and we still want to feel successful – by one metric or another. Revivalism as a “behind the microphone” methodology for evangelism is all but dead in the West. You can’t just be a great preacher anymore and reach people because the scaffolding of American religious sentiment isn’t there like it was. You know, that general openness to faith. That was a luxury. I think most of us know that to be true, so we’re trying harder at other things. Sometimes at the wrong things. Pastors are notorious approval junkies who operate out of that Proverbs 29 mindset – fear of man. Pastoring often works out as playing Jesus or being an impressive CEO and keynote speaker because it makes people feel better about us. So we set ourselves up to feel we are more indispensable than we actually are. We often compulsively overwork in the name of the Gospel, while simultaneously ignoring rest as a crucial part of a Gospel rhythm – work, pray & rest. We aren’t content to plant and water, trusting God with the increase. I guess we don’t really give ourselves a lot of grace, either. Ironic, right?

Chris: Tell us about your new church.

Seth: We are an Anglican church plant (Anglican Church in North America) organized around the belief that worship and service to the community are two great hinges for the Gospel to swing on. We’ve adopted “missional” as a key part of our DNA. (That’s a buzzword these days, but it fits.) The majority of our leadership live in one of three neighborhoods on the Westside of Greenville, where money is more scarce and crime is more abundant. The goal is to be a church with a reputation for being a great, loving neighbor. We aren’t just doing handouts. We’re getting involved. Building partnerships and friendships.

We meet for worship and “missional community” gatherings in the cafeteria of a neighborhood charter school that has a similar mission (They offer a great education and 3 meals a day to at-risk kids all over the Westside). We are liturgical, but nowhere near high church. We follow the rhythm of worship in the Book of Common Prayer, but we’ve personalized it and are adapting it for our context. And that’s a basic principle of Anglicanism, as evidenced by John Wesley – the “open air” Anglican!

Chris: How do you define the Anglican beliefs? What drew you to those principles?

Seth: Anglican beliefs are defined by a strong link between 1500+ years of Christian worship and the Protestant Reformation. When the Catholic Church was rightly confronted for its abuses, 15 centuries of worship tradition began to be deconstructed. Fifteeen centuries! I think that was a huge loss. So Anglicans, worldwide, still worship much like the majority of Christians who ever lived. Anglican worship traditions have direct ties to the first couple centuries of believers. And about 90% of the Book of Common Prayer is just Scripture, incorporated into forms of worship. I personally like that anchor in Scripture and history. It feels more solid and trustworthy. A foundational, weekly emphasis on the death and resurrection of Jesus is indispensable in a culture obsessed with novelty, therapy and self-help. Anglican worship provides a discernible rhythm and offers a pastor the ability to lead beyond himself and his own preaching to the Great Shepherd. Every single week. The pillars are there. For me, that’s a relief and a motivation. Lastly, the emphasis on participation reminds each individual that he or she is a part of a “we.” It’s right there in the methodology. Voices united. Corporate confession. A common cup.

Chris: I write about merging the ancient and modern. How does this church structure help do that – congregationally and personally?

Seth: As a pastor, I was increasingly weary of the faddishness of modern worship forms, that slavishness to novelty that creates compulsion in leaders to innovate as an end in itself. I just don’t think that serves the Kingdom. It serves consumerism, though. It’s distracting and exhausting. When I experienced Spirit-led liturgical worship for the first time 12 years ago, it felt like I had come home for the first time as a Christian. Every single week, the high point of worship is the servanthood and sacrifice of Jesus as his Spirit meets us in the bread and wine – his body and blood. His example is on display for us, rising above the pastor’s sermon or the musicians’ talent. “The Great Thanksgiving” as we call communion, recalibrates our focus as thankful followers who have all we need in Jesus, the power to live between the times where suffering is so real and sin still enslaves. Thoughtful, contextual preaching and modern music are important, but Jesus said, “Do this in remembrance of me.” So that’s what the earliest Christians did. And that’s what we do.

Chris: What can each denomination and movement learn from that model?

Seth: Christ-centeredness, most of all. But also the importance of our worship legacy and “the great cloud of witnesses” on whose shoulders we stand. We as Americans have a short, selective memory and I think it robs us of depth in our faith. We act like Western civilization and the Church began in 1776. And I also think Anglican worship offers an antidote to “me church,” the individualistic consumerism that pervades American Christianity. It’s very much a “we” type of worship experience.

Chris: Do you have concerns about some of today’s trends in church growth, numbers, and unhealthy structures?

Seth: This has lots to do with “pause.” In America, most church growth actually amounts to attracting Christians to your service (instead of the ones they attended prior to yours). So we’re competing with each other by trying to build a more attractive array of religious goods and services. Trying to be salesmen and fundraisers for the church we are leading, really. We don’t readily admit that, but that’s what we’re mostly doing when it all shakes out. And when numbers are the recognized metric for success or the latest, greatest church is siphoning off your congregants, it’s hard to feel like you can be someone who intentionally rests as part of your calling. Measuring up is a strong disincentive for rest. Sadly, denominational leaders often give lip service to the “inputs” of pastoral ministry and incarnational discipleship, but when the PowerPoint lights up, it’s numbers, numbers, numbers. It’s disingenuous, I think. But we plod on, while more church doors are closing than opening. In my city, the megachurches are franchising themselves, but the historic churches are going away (I’m particularly concerned about what will happen when the Boomer generation is gone). The tide isn’t in the Church’s favor, even if the megachurches are providing the illusion of growth. I can’t think of one megachurch that isn’t innately driven by a specific visionary leader whose church is constrained to the duration and effectiveness of his own leadership and lifetime. I’m not griping and I know they bear some fruit. But I just don’t think that sends the right message about what the Church is, does it? Nor do I think it’s sustainable or ecumenical, which should be a hallmark of a local church that represents the universal Church. Point is, the not-so-subtle temptation for many pastors is to try to be that dude, even if it costs you a healthy rhythm (and a healthy church).

Chris: You know my love for our college students. What advice can you offer to that generation?

Seth: Become Anglicans! Just kidding. A desire I have for myself, my own kids and for every generation younger than me is that we will not settle for the idea that the present generation in the West is somehow more enlightened than previous generations or those living in less developed parts of the world. The arrogance is killing us and slowly producing a Church that is like a river with no banks to guide it. This arrogance hides behind inclusiveness and pluralism, but in the end it’s just dismissive of those who labored (and suffered) in hope that the truth of Scripture would continue to renew our minds and transform our desires – which is still necessary. In short, we need to always step back. Zoom out. Be humble, as 21st century Americans. We aren’t better than the 2000+ years before us.

Chris: Any final suggestions to help each of us pause – whatever our vocation?

Seth: Have a plan for pause. A friend of mine, Dennis McIntee, says something like, “If you don’t have a plan to succeed, then you have a plan to fail.” My goal is to have a lot of energy for this church plant and for people. So I need to plan those times for pausing, put them in my schedule, and spend time having fun and abiding in the Vine. And if you’re more of an introvert like me, you need time alone to recharge. Plan that, too. It’s not selfish. It’s survival.

Along the way,
Chris Maxwell

Pause: We taste. We swallow. We are washed clean. What does that mean in this context of contemporary needs and community faith? Jesus and the disciples experienced their elements in their common meal. He took the normal and made it historical. In their ritual, a world renewal was about to occur. (Pause for Pastors: Finding Still Waters in the Storm of Ministry)
https://chrismaxwell.me/pause-christmas-gift-bundle